Today we will draw pictures of Goddess Durga. Kids and beginners can make pictures of Durga. We will draw Goddes Durga and her weapons step by step. In many places there is a drawing competition on the occasion of Durga Puja, if you want you can draw this picture of Durga Tagore, it will help in that competition. Our main required materials to make the picture are drawing paper, a pencil, and a color box. let’s start Goddess Durga drawing, little kids.

Devi Durga is seen as a motherly figure and often depicted as a beautiful woman, riding a lion or tiger, with many arms each carrying a weapon and often defeating demons. She is widely worshipped by the followers of the goddess-centric sect, Shaktism, and has importance in other denominations like Shaivism and Vaishnavism.

How To Draw The Picture Goddess Durga Step By Step

Here is some very easy and straightforward step to draw the Goddess Durga picture.

Here are the materials we need to make this Goddess Durga drawing.

Draw the Durga’s left side hair very fine. Make the hair on the right side so that it rests on the neck. Make it very fine and thick. Then draw eyebrows above two eyes.

4. Draw four hands on the left.

5. Draw the dress and four hands on the right side.

In the same way, draw the hands on the right side one by one. We will also slowly draw the right arm by following step number 4.

6. Draw the lower body, the dress, and the bow.

Draw the arrow in the tenth hand of Debi Durga. Make triangles shape at the top and bottom part of the arrow. With the help of two curved lines, draw the Horn on both sides, keeping both sides of the lower legs of Goddess Durga slightly blank. The right horn will be held by Goddess Durga firsthand.

8. Draw the buffalo head and the trident.

Finally, draw the trident. Draw the edge triangular, the middle part will be straight with two straight lines, and the last three parts with curved lines. Goddess Durga holds the trident in one of her hands and strikes the head of the buffalo.

Color the skin very well on Devi Durga. This skin color will color the entire body of Goddess Durga except for her weapons and dress.

11. Do the background color.

Leaving the drawing part, We will give dark red color to the remaining part. Be careful not to use red color in the drawing.

12. Color the dress and weapons.

Use yellow color on each weapon in Durga’s hands. We will give dark green color to the dress of the upper part of the Durga body.

17. Remove the masking tape and color the mace, bow, buffalo eyes, and nose.

First, remove the masking tape. Then we will paint the mace yellow. Color the bow black. Color the eyeballs of the buffalo blue and the edges of the eyes red. Give the black color to the buffalo nose. Finally, give a light yellow color to the back of Durga’s head. Now our Goddess Durga drawing is completed. Hope you have finished drawing too.

Look our Goddess Durga drawing for kids is almost complete. There are many more drawing ideas like this on our website. And many more pictures will come later. So all of you bookmark this website in our browser and subscribe to our YouTube channel Draw With Pappu.

You must draw the picture of the Devi Durga and send me your Devi Durga drawing picture with help of the link given below. I will definitely try to give your picture in my story. 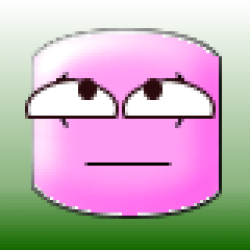